Hours before the first trial concerning the role of drug companies in the opioid epidemic, Teva Pharmaceuticals and three distributors settled for $260 million. Cuyahoga and Summit, two communities in Ohio, accused Teva – the world’s largest manufacturer of generic drugs – and distributors McKesson, Cardinal Health Inc. and AmerisourceBergen of making false, misleading claims that resulted in addiction and at least 400,000 fatalities.

The multi-district litigation (MDL) trial was the first of over 2,000 claims currently pending, after communities across the U.S. accused drug companies, distributors and pharmacies of intentionally fueling the opioid epidemic to turn a profit. The October trial in Ohio would have set the tone concerning responsibilities and settlements for the rest of the cases. For this particular claim, Cuyahoga and Summit accused Teva of claiming prescription painkillers were less addictive and more effective than over-the-counter options to increase their profits.

The claim further addressed the enabling role of pharmacies and distributors. Specifically, the plaintiffs claim these entities overlooked their legal obligation to restrict the distribution of prescription painkillers and ignored suspiciously large orders. By allowing opioids to flood the illegal market, these entities contributed to increased heroin and illegal fentanyl use.

Based on the settlement terms, the three distributors will collectively pay $215 million and Teva will contribute $20 million. Teva will also donate $25 million worth of Suboxone, a much-needed and sometimes scarce opioid addiction treatment, to communities across the U.S. For additional support, Teva will further pay out $250 million over the next decade. 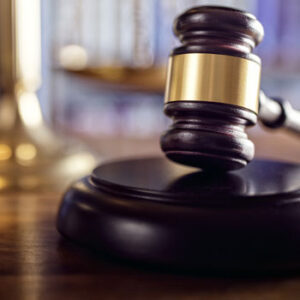 The two Ohio counties originally sued for $7 billion and believe the $260 million settlement amount is insufficient. Supporting their assertions, recent data from a study by The Society of Actuaries pegs the total cost of 20-year opioid epidemic at $800 billion. For communities, the $7 billion were to help with addiction treatments, supplying suboxone, emergency and health services and social care.

Both Cuyahoga and Summit plan to contribute the $260 million settlement toward opioid addiction treatment and helping first responders deal with the ongoing crisis.

Not Every Defendant Settled

Also involved in the lawsuit, Walgreens pharmacy and distributor Henry Schein Medical opted not to settle. Walgreens has attempted to differentiate itself from other wholesalers and, in turn, its role in the pending claims has shifted. Specifically, Walgreens claims that it delivered prescription painkillers and other medications strictly to its own pharmacies, which were staffed by its own professionals, until 2014. Distributors and other middlemen did not play a role.

On the other hand, Henry Schein Medical was dismissed by the plaintiffs. Compared to other distributors named, Henry Schein Medical played a significantly smaller role in the distribution of opioids. Nevertheless, the company pledges to donate $1 million to Summit County to set up an educational foundation and will further contribute $250,000 toward its expenses.

Up until October 21, multiple opportunities to reach a settlement between all parties fell through. While those involved find the outcome disappointing, others believe it sets the stage for larger settlements down the road.

Other communities have taken drug manufacturers to court over their roles in the opioid crisis:

Were you or a loved one prescribed opioids, only to find yourself fighting addiction as a result? Don’t let drug companies get away with false statements and harmful practices.