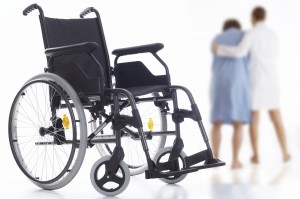 This week, the New Haven Register reported that the state Department of Health fined eight nursing homes for various negligence and abuse instances that occurred from January 2014 to the present.

Out of these, typical violations covered physical and verbal abuse and negligence. For the latter, the reports detail that nursing staff failed to provide patients with medication, did not monitor health conditions like dehydration and sores, did not file reports about the residents’ conditions, and ineffectively watched residents, causing some to wander off or collapse while unattended in the home.

However, two reports significantly stand out. In one, for the Norwichtown Rehabilitation and Care Center, a resident with kidney problems displayed no vital signs – but the staff, in response, did not call 911. Along with this, reports from the home claim that the staff performed CPR for 15 minutes, when only five minutes were administered.

Along with this report, Trinity Hill Care Center went through five instances in which a resident threatened other patients with a butter knife. In one instance, hospitalization was required. But it took this home five similar instances before observing and providing one-on-one care to this particular individual, and staff, according to reports, had not investigated whether or not a butter knife could be used as a potential weapon.

Although, in spite of these harrowing reports, Connecticut nursing homes rank fairly well nationally, certain steps can be taken, involving research and observing the property, to prevent keeping your loved one in such a negligent, harmful facility.