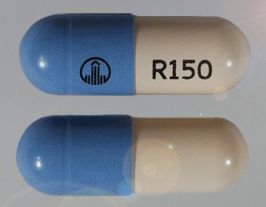 Starting in 2012, cases concerning anticoagulant Pradaxa sprang up rapidly at state and federal levels. Plaintiffs alleged manufacturer Boehringer Ingelheim International GmbH did not provide medical professionals and patients with sufficient information about major risks, such as excessive bleeding from mild trauma and no antidote to hemorrhaging.

As of December 2013, 1,963 lawsuits had been filed and eventually were compiled into multi-district litigation. The case has been considered one of the largest mass tort claims ever in the U.S.

This week, Boehringer Ingelheim reached a settlement of $650 million. However, while this amount which may pay for the damages plaintiffs suffered, the drug continues to remain on the market, with millions still prescribed.

The FDA approved this anticoagulant, considered an alternative to Warfarin, in 2010. Since approval, 542 deaths have occurred, stemming from severe bleeding.

The condition is said to occur almost immediately after a fall or mild trauma. Elderly patients, because of fat deposits and weaker blood vessels, have a higher risk level. Still, this factor doesn’t entirely disappear even when a patient goes off Pradaxa.

Along with this, Boehringer never informed doctors an antidote to severe bleeding does not easily exist. For older anticoagulants like Warfarin, patients could be given a dose of Vitamin K. With Pradaxa, emergency dialysis is the only solution – and one that isn’t readily available or an option for everyone. As a result, medical professionals claim some patients who died as a result of Pradaxa-related bleeding could have been saved if it weren’t for the drug.

For those who survived this life-threatening, traumatic ordeal, permanent disability often results.

In addition to bleeding, a study published in the Archives of Internal Medicine found Pradaxa to be associated with elevated heart risks.

As with many dangerous drug, product liability, and mass tort cases, Trantolo & Trantolo’s team of lawyers has been giving plaintiffs with potential Pradaxa claims direction toward the MDL lawsuit and will continue to do so, even after this major settlement.