Just How Dangerous Are Dog Bites? 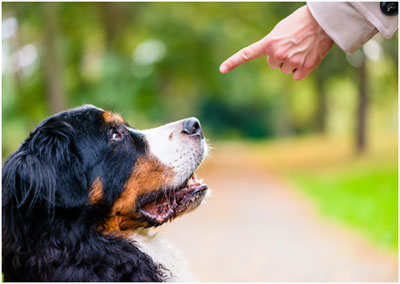 4.5 million dog bites occur per year in the U.S. – about 90 percent out of all animal bites. From this amount, 880,000 seek medical care, 30,000 require reconstructive surgery, and 15 to 20 people die per year. In fact, one out of every five bites requires some form of medical attention.

Dog Bites are More Serious Than You Think

Yet, what constitutes a dog bite ranges from a minor nip that grazes the skin to punctures and lacerations. Risks increase if a dog is in the home with children ages 5 to 9 years of age, often, most victims know the pet. As a result, these injuries from the family pet turn serious very quickly:

Injuries Extend Beneath the Skin

Dog bites aren’t just superficial. Injuries go past the epidermis to the muscles, bones, nerves, and blood vessels. The injuries may penetrate far enough to reduce the body’s functionality.

A tear or puncture isn’t your only concern, though. Bites easily become infected, as bacteria become embedded in the tissue. The victim, as a result, is exposed to streptococcus, staphylococcus, and pasteurella. Those with diabetes and liver disease are at a greater risk for infection.

The injured doesn’t always have to see the damage. If you feel pain or see swelling, redness, and pus at the bite location, seek immediate medical attention.

Worry about yourself first – but don’t forget to inquire about the dog’s history. An animal must be up to date on its rabies immunizations, and if you seek medical attention, you’ll likely have to receive a tetanus shot. Not being certain could mean a rabid dog may have been responsible for the bite. While only one to three adults die from rabies per year in the U.S., the risk after an animal bite remains a concern.

Tears and punctures can end up causing major damage. Beyond the infection, the gaping wound may require stitches or even surgery to heal. What could be left is a prominent scar.

Or, in more extreme cases, patients require plastic surgery to repair a disfiguring injury – a possibility when a dog clamps down on a limb or attacks the victim’s face and neck area.

Beyond the physical, incidents like these have been known to result in long-term psychological trauma, including PTSD. In fact, as Contemporary Pediatrics points out, research shows a large percentage of children develop PTSD following an attack.

Some think that, unless a dog sinks its teeth into someone, a bite isn’t major. Yet, low-level biting – identified as snapping and shallow nips – can progress into something more harmful with time.

When owners don’t realize the ramifications of the dog’s behavior, their pet turns into a greater risk for anyone it encounters. A bite – and even a near-bite – is never okay, and not disciplining the animal enforces the notion that such an action is acceptable.

If you find yourself recovering after a dog attack, Trantolo & Trantolo is here to represent your case.

Our law firm loves dogs and has a mascot named “Taj,” who belongs to Atty. Keith Trantolo. We hold irresponsible owners accountable when people are bitten, because of poorly trained, poorly controlled, or poorly socialized dogs.

Contact any of our Connecticut offices to bring a claim to our attention.