The Worst Time to Drive: By Hour, Day & Month

When are you more likely to get into an auto accident? 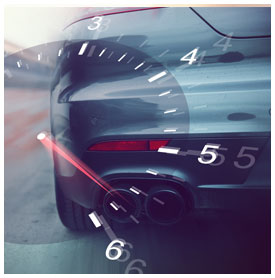 While you may follow the rule of the road, certain times of the year are less safe than others:

Summer’s the least-safe month to drive, with August being its peak. According to data from the National Highway Traffic Safety Administration (NHTSA), the warmer conditions bring out more drivers.

And this period seems to have the greatest amount of teen driving accidents. From Memorial Day to Labor Day, teens are more likely to get on the road while being under the influence. Being inexperienced significantly increases the likelihood these new drivers will get into a collision.

Car accidents are more likely to occur on a Saturday, and far less likely to happen on Tuesday and Wednesday. Days closer to the weekend, likely because of more traffic on the road, see more accidents. After Saturday, Friday and Thursday make a close second and third.

However, aside from the week, certain holidays – centered around drinking or traveling home to family – are some of the worst for fatal car accidents:

When’s the worst time to be on the road? That depends how you view statistics.

However, if you evaluate accidents by percentage, the period from 12 a.m. to 4 a.m. is the most dangerous. During these hours, a greater number of drunk drivers take to the roads – another factor making summer and holiday travel dangerous. But this isn’t the only factor; the NHTSA has found more drivers – about two-thirds – in fatal crashes in between these hours weren’t wearing seatbelts. By comparison, 18-percent drivers involved in fatal daytime collisions weren’t strapped in.

In total, 49 percent of all fatal crashes occur at night, and 5.87 people per 100 million on the road may be killed.

If your car had been hit because of a drunk, distracted, or speeding driver, don’t haggle with and wait for the insurance company. Move your case forward with Trantolo & Trantolo. Contact any of our Connecticut locations to speak with an experienced attorney.

Forbes, “Most Dangerous Times To Drive”

BACTrack.com, “The Most Dangerous Times on the Road”