Doctors have known about the serious side effects associated with Fluoroquinolones like Cipro, including tendon ruptures and neurological issues, for a number of years. In response, prescriptions have tapered off, except in the most extreme instances. 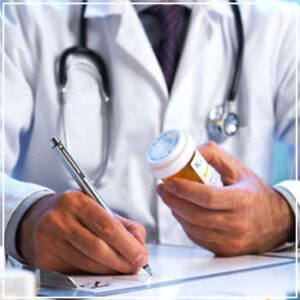 A recent review of the FDA’s adverse event reports and multiple studies published in medical journals prompted the agency to update the drugs’ list of side effects. Across all Fluoroquinolones, a hypoglycemic coma – low blood sugar so severe it puts the patient into a comatose state – is now a recognized side effect.

Labels for all of these antibiotics will also have a separate section detailing the potential mental health side effects. Grouped away from the existing neurological and permanent nerve damage warnings, this section will describe the possible agitation, disorientation, nervousness, memory issues, attention problems and delirium a patient may experience.

With the previous label, mental health side effects were already listed. However, they varied by each drug in the class and were grouped in with the warning about potential effects on the central nervous system.

Before the FDA’s latest update, the organization recommended that doctors not prescribe this class of drugs for conditions like acute sinusitis, acute or chronic bronchitis and urinary tract infections. The FDA still considers it a viable treatment for anthrax, the bubonic plague and bacterial pneumonia – all extreme, life-threatening conditions in which the drugs’ benefits outweigh their potentially life-altering risks. Per the FDA’s recommendation, it’s a drug that should only be used as a last resort.

Roughly 10 years ago, the FDA required all Fluoroquinolones to display a Black Box warning about a higher risk of tendonitis and tendon rupture. Three years later, they expanded it to include worsening myasthenia gravis for patients already living with this condition. By 2013, the label had been revised to touch on the drugs’ neurological side effects – particularly, potentially irreversible peripheral neuropathy. The label further states that symptoms may continue to worsen after the patient stops taking the medication.

How does this occur? A 2014 study found that this drug class damages the cell’s mitochondria, a key portion that affects the cells’ energy reserves and behavior. As a result, these antibiotics have potential to affect every cell in the body. Because the cellular changes happen gradually, the side effects may emerge weeks – if not months – after you’ve stopped the drug.

Aside from these listed side effects, the cellular changes have far-reaching effects – and may quickly change a patient’s life for the worse. In one investigation, after an elderly woman started taking the drug, she rapidly developed cholestatic hepatitis, which led to liver failure and death within three months. Other patients mention developing shooting pains in their limbs and sudden fatigue.

Along with the thousands of complaints the FDA has received over the years, the British Medical Journal published a Swedish study that shows this drug class may potentially increase a patient’s aneurysm risks. Researchers compared hospital visits over a 60-day period for patients who took a Fluoroquinolone and for those who used amoxicillin, looking at the period from 2006 through 2013. Although some data groups indicated no difference between the antibiotics used, one set found a 66-percent higher rate within that 60-day period.

Patients being recommended a drug need to make informed decisions about their health, including awareness of all side effects. Yet, drug companies may be slow to divulge medications’ biggest risks, play down or conduct insufficient research or give kickbacks to doctors who recommend their product. As a result, the patient lives with these potentially life-threatening side effects.

If you’ve ever been in this position, you’re not alone. To hold drug companies, doctors and pharmacies accountable for negligence, speak with our dangerous drug lawyers today.