Self-driving cars are the future of technology. Last week, an Uber company in Pittsburgh began testing their “autonomous taxi fleet” of self-driving vehicles. All maneuvers were handled by a computer, but Uber drivers were at the wheel in case of an emergency. Meanwhile, GM, Mercedes-Benz, Toyota, Volvo, Audi, Ford and other companies have announced plans for their own models of self-driving vehicles. As this vision continues to work towards becoming a reality, what are the pros and cons of autonomous vehicles?

The Pros of Self-Driving Cars 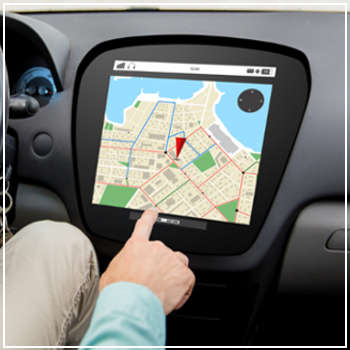 The prospect of autonomous vehicles is unbelievable, yet incredibly appealing to many drivers. Computer algorithms could replace the need for drivers to be completely accurate.

According to the American Trucking Associations, 80 percent of motor vehicle accidents are the fault of a driver. Accidents are rarely caused by computer error or equipment malfunction.

Distracted driving is a serious and deadly concern on our roadways today. The alarming number of fatalities as the result of texting and eating behind the wheel could be decreased by self-driving cars.

The US Department of Transportation estimates that each human life is worth $9.2 million. If roadway collisions were to decrease, some experts speculate that healthcare and other insurance costs could also decrease.

The Cons of Self-Driving Cars

On the other hand, there are many concerns about the future of self-driving cars. It will take time to see a change in the number of accidents, especially if the initial cost is high.

The Need for Driver Education

The idea of a car that operates completely on its own while you catch up on emails or read a book at the wheel sounds great to many drivers. Yet, what happens in the event of a computer malfunction? Drivers will have to be educated in the same way that permit holders are today, in order to become “licensed” to operate a self-driving vehicle.

The Potential for Hackers

Every new technology is in danger of being hacked. Once someone is able to hack into the computer of a self-driving car and reconfigure the software, roadway safety will become a serious concern once again.

Disabled individuals or those who never got their driver’s licenses would no longer have to solely rely on trains, buses and taxis to get to their destinations. The demand for drivers of these vehicles could see a significant decrease.

Especially in the beginning stages, we cannot rule out the chance of a self-driving car being involved in an accident. If two self-driving vehicles are in a collision, is it the fault of the driver or the vehicle manufacturer – and who decides?

Despite recent developments, we still have a long way to go until self-driving vehicles replace traditional cars. If you’re involved in a motor vehicle accident, contact the experienced lawyers at Trantolo & Trantolo for the representation and compensation you deserve.