How Dangerous Are Rollover Car Accidents?

When you think of a car accident, what comes to mind? Head-on collisions, fender benders and one-car crashes to name a few. Rollovers, one type of car accident you may have overlooked, only account for 2.1 percent of accidents, according to statistics from SafeCar.gov. However, rollovers are responsible for 35 percent of all passenger vehicle fatalities.

In terms of severity, National Highway Traffic Safety Administration (NHTSA) data shows that rollover accidents come in second to head-on collisions. When passengers neglect to wear their seat belts, the outcome is far worse. In nearly 70 percent of all related fatalities, the driver or passengers were not strapped in.

Beyond the statistics, how do rollovers differ from other car accidents?

They Happen to All Vehicles 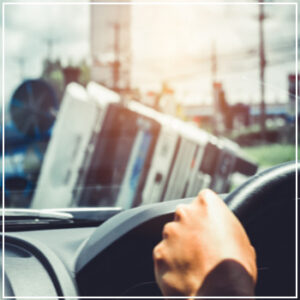 Since the rise of SUVs in the 1990s, popular belief has been that these vehicles are more prone to rollovers. While there is some degree of truth to this claim, all vehicles can experience a rollover accident in certain conditions.

Vehicles with a higher center of gravity are generally more susceptible to rollover accidents. By design, this factor is present in SUVs, pickups and vans. Regardless of size, when a vehicle makes a turn, the center of gravity shifts to one side. When you whip fast around a turn, that shift goes too far and your vehicle can flip over.

Reckless driving around corners is not the only reason a car could flip over. Rather, speed is a factor in 40 percent of rollover crashes. These types of accidents are also more likely to happen in rural areas, on roads with 55 mph or higher limits, and in roads without barriers. Based on figures from NHTSA, 75 percent of fatal rollover crashes happen in these conditions.

In 90 percent of all rollover crashes, fatal or not, the driver was performing a routine maneuver. When the tire hits a curb, bump or mound of soil, the car’s forward motion is stopped and can cause it to roll forward or to the side. Weather conditions that result in slippery pavement or debris on the road could also be a factor.

Other aspects of vehicle design, road conditions or driver behavior may be behind a rollover crash, including:

What Happens When a Rollover Occurs?

Once a rollover happens, passengers may be thrown from the car or the roof could collapse, trapping its occupants. In many cases, fatalities are instant, but if there are survivors, they could experience:

Were you recently involved in a rollover accident? Whether another driver is at fault or it happened on a poorly maintained road, you’ll likely be dealing with an insurance carrier who puts the blame on you. Rather than having your claim stalled as your medical bills pile up, turn to Trantolo & Trantolo to make progress . If you believe you have a case, contact our car accident attorneys today.