During winter, the temperatures drop, snow accumulates and both sidewalks and parking lots become icy. These factors combined increase slip and fall risks, but when an injury happens in a parking lot, determining responsibility isn’t always clear.

Since a mere trip can result in a serious head injury, businesses must try – both for their bottom line and in compliance with local laws – to maintain a safe parking lot. That includes repairing cracked and broken pavement, marking and cleaning up slick surfaces, adding appropriate signage and making sure all areas are properly lit throughout the year. Especially during Connecticut winters, your checklist should also include ice and snow removal.

However, who falls and who oversees the parking lot complicate many legal claims. 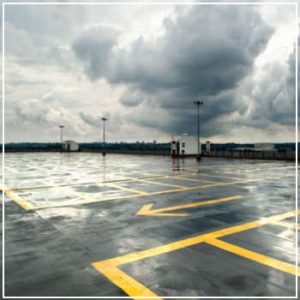 Who slipped in the parking lot: Was it an employee or a customer visiting your facility? While the latter’s complaint turns into a slip and fall claim, the former may need to file for workers’ compensation.

However, the determining factor here is known as the “coming and going” rule. Specifically, what type of employee entered the facility and when. Those considered contractors rather than full-time workers, those who are “transient” workers, such as traveling salesmen, and those who don’t perform duties at a fixed location aren’t usually covered by workers’ compensation laws. Thus, these individuals would need to file a slip and fall claim if they want to pursue action.

Who Owns the Lot and Where Did the Fall Occur?

This factor is also somewhat confusing as, even though a lot may be adjacent to a business, those owners may not be responsible for it. If that company rents their space, the landlord would likely be the party expected to maintain the parking lot.

In this case, a few scenarios could unfold:

How Both Parties Dealt with the Hazard

While businesses and landlords have a duty to keep a parking lot safe, customers aren’t entirely let off the hook. Just as one or both of these commercial entities need to have a snow and ice removal plan in place, clean up slippery surfaces and repair all potholes, customers and clients must behave with caution. This can include:

This past winter, did you slip or fall in a parking lot? To hold the responsible party accountable for its actions, work with Trantolo & Trantolo. If you believe you have a claim, don’t hesitate to reach out to our team of lawyers today.