Who’s at Fault in a Motorcycle Accident?

You and a car collide. As a motorcyclist, you’re bound to suffer more damage, from seeing your ride totaled to experiencing a higher level of injury. Yet, while fault is easily assigned in certain instances, some factors make it less clear cut. 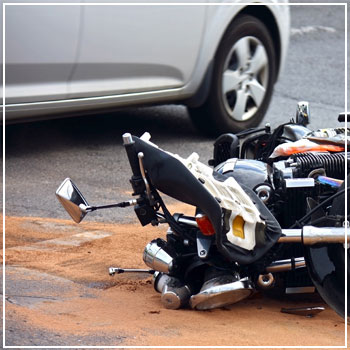 In an auto accident, regardless of the vehicles involved, the following must be proven to establish fault:

Be aware that all motorists, bikers included, must heed to all rules of the road: Speeding, lane changes, and turning. Not keeping these laws in mind may put you at fault.

However, motorcyclists must be wary of these scenarios:

One of the most common collisions occurs when a car makes a left turn while a motorcycle travels in a straight line. As you have the right of way, the car’s driver is nearly always at fault. Yet, there could be a couple of exceptions:

Collisions make up 11 percent of all motorcycle accidents, but nearly half occur at intersections.

Some consider it a motorcyclist’s duty to make him or herself visible to other drivers. In response, law enforcement and insurance companies may attempt to assign fault if your lights weren’t turned on and you weren’t wearing reflective clothing.

In all auto accidents, one potential scenario arises: What if all parties, including the injured, were at fault?

In this case, states with comparative negligence laws reduce compensation depending upon fault. You might not receive enough to cover your injuries, but you’ll be awarded a partial sum.

Be aware that not all states follow this rule. Some continue to use contributory negligence; in this instance, the victim who’s partially responsible receives no compensation.

As insurance companies are quick to deny coverage if there’s a hint of responsibility on your behalf, it’s advised to never admit fault to law enforcement, the other driver, or bystanders at the scene, as this seemingly-minor statement could be held against you later on. Rather, if the crash resulted in significant damage, seek out legal representation.

Trantolo & Trantolo, with a history of representing motorcyclists in court, takes on these and other motor vehicle claims. Contact any of our Connecticut locations to speak with an experienced attorney.