Roughly two million cosmetic surgeries are performed in the US each year. In addition, nine million minimally invasive cosmetic procedures, such as Botox and fillers, are undergone. While “cosmetic surgery” is often used interchangeably with “plastic surgery,” the latter further encompasses procedures to heal and repair burn damage. On the other hand, cosmetic surgery is solely an elective procedure to improve an individual’s appearance.

Yet, although patients request and oftentimes pay out-of-pocket for cosmetic surgery, it’s like any other medical procedure. Mistakes can be made, complications may arise and the patient may experience an injury or another debilitating condition as a result. Thus, the doctors performing cosmetic surgeries and minimally invasive procedures may be committing medical malpractice. If you believe you were a victim, you have the option to pursue such a claim.

Although these claims are similar to other medical malpractice cases, there are a few points to be aware of when it comes to cosmetic surgery. 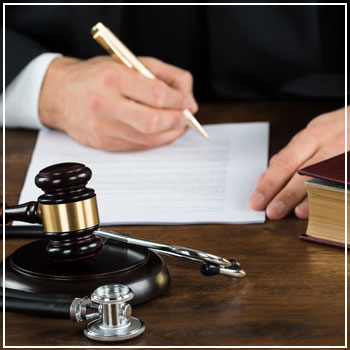 Cosmetic surgery may be performed on the face or body to improve appearance or correct a perceived insufficiency. The most common ones include:

After any one of these procedures, infections, scarring, nerve damage or complications from anesthesia can arise. Additionally, prior to the procedure being performed, patients are informed of side effects like swelling and bruising, which might be alarming at first, but disappear with time.

Aside from these after-effects, two other errors potentially stemming from negligence are:

In response to any of the issues listed above, patients are often left in need of corrective procedures or therapy, or could experience life-long disfigurement that cannot be fixed.

When a patient does not get the desired results from a cosmetic procedure, negligence should not be assumed. Instead, like any other medical malpractice claim, the following points must be proven:

Complications When the Case Goes to Trial

One significant concern arising in medical malpractice cases involving cosmetic surgery is jury bias. In these types of claims, juries have been known to dismiss the patient and give the surgeon the benefit of the doubt because they believe:

After a cosmetic procedure, did you experience nerve damage, scarring or another injury without being warned of such complications in advance? Trantolo & Trantolo believes that doctors need to be held accountable for any negligence that occurred before, during or after cosmetic surgery. If you believe you have a medical malpractice claim, bring it to the attention of our lawyers today.