Laser procedures for both medical and aesthetic purposes have been around for about 20 years. They are a popular option to remove surface imperfections such as acne scars, blotches, wrinkles, unwanted tattoos, skin tumors, hair over a large area and vascular lesions. 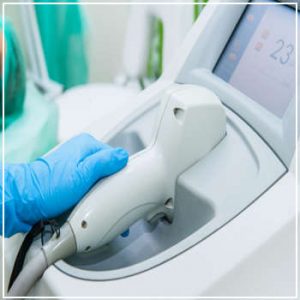 Technology has evolved to encompass multiple laser types and reduce downtime to the point that certain procedures are advertised as being “as quick and as easy as getting a haircut!” Yet, many consumers don’t know – and many medical and aesthetic professionals can fail to reveal – that laser procedures have a high margin of error. Even skilled technicians operating a machine can cause burns, cellular and eye damage.

While lasers were once restricted to plastic surgeons’ and dermatologists’ offices, a lack of regulation and oversight have placed them in spas and salons. As a result, patients suffering burns and other complications have started filing medical malpractice and negligence lawsuits against these professionals since 2008.

If you or a loved one have found yourself in this predicament, here’s what you should know.

Frequently, doctors aren’t the ones operating the laser, but that doesn’t mean the physician doesn’t bear some degree of responsibility. In fact, as physicians have to oversee the procedure in some capacity, they become a co-defendant through the theory of Respondeat Superior – a reality for about 78 percent of cases involving laser procedures.

According to a study published in the February 2013 issue of JAMA Dermatology, researchers examined 174 cases of cutaneous injuries involving lasers over a 25-year period, many of which were for hair removal or facial rejuvenation. Of this group, physicians only performed the procedure for 100 out of all cases, but were named a defendant in 146 cases. About 26 percent involved a plastic surgeon, 21 percent were performed by a dermatologist and 40 percent were done by non-physicians, including nurses or aestheticians.

Even if a doctor does bear the brunt of responsibility, clinicians and technicians aren’t off the hook. In fact, once a trial goes to court, those without adequate training are held to the same care standards as medical specialists.

Additionally, the manufacturer may also be pulled in as a defendant if the machine in some way malfunctions to result in burns, scarring or another type of damage.

Data indicates that hair removal is the most requested out of all procedures involving lasers, performed about 900,000 times on average each year. After hair removal, 25 percent of patients request laser treatment for various forms of skin rejuvenation, from reducing wrinkles to evening skin tone. A smaller percentage have sought a laser procedure to reduce vascular lesions and leg veins.

From the figures published in JAMA Dermatology, plaintiffs involved in these cases suffered from:

From the entire group, patients with darker or tanned skin were more likely to suffer from any of the above injuries than those with fairer complexions.

Lasers exist in a regulatory space that isn’t heavily monitored. Specifically, the FDA has approved and regulates the devices for various aesthetic and medical procedures, but hasn’t put any federal requirements in place concerning cutaneous usage, training or necessary supervision. Instead, these decisions are left up to the states.

As a result, because certain states are more lax than others – particularly with lasers in med spas – the FDA is still determining whether non-medical professionals should continue to use these devices, even with a doctor’s supervision.

Many of the factors above may point directly to a medical malpractice lawsuit; however, because many states don’t consider laser rejuvenation or hair removal to be “medical” procedures, patients often have to file a negligence lawsuit on the grounds that:

If you’ve found yourself burned and scarred after a seemingly innocuous laser procedure, don’t think you have to suffer alone. If you believe you have a medical malpractice or negligence lawsuit involving an aesthetic or medical laser procedure, reach out to our team today.