What Happens When a Car Accident Has No Witnesses?

Imagine another driver T-bones your car as you’re entering an intersection. In the aftermath, you get out and realize that no one saw what happened. You call the police to file a report and contact your insurance carrier to start a claim. If the damage and injuries are significant, you wonder who is going to corroborate your statements.

Witnesses can play a key role in the resolution of car accident lawsuits, often helping along the insurance claims process. However, just because no one witnessed the scene, does not mean you have no claim. As such, documentation and evidence become even more important as your claim goes forward.

If a case has no witnesses, the witness is not willing to speak or someone makes an inaccurate statement, understand what you can do to prove your side of the story. 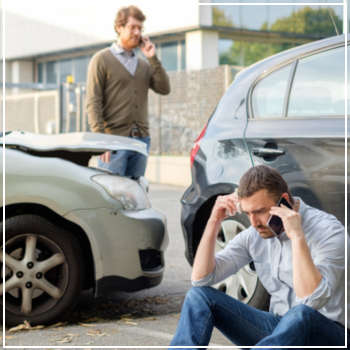 At the scene of the accident, police officers serve as neutral, unbiased witnesses. The police report must include both yours and the other driver’s statements, so make sure you describe what happened in a clear and detailed manner.

In certain instances, it can be clear who was at fault. Yet, T-boning or accidents that occur at a camera-free intersection can be harder to prove, as both vehicles will likely display some degree of damage. As a result, conditions and actions at the scene play a greater role.

An attorney may recommend that you work with an accident reconstructionist, who can determine which vehicle had the right of way, the timing of the incident, how fast the cars were going, the impact, any weather conditions, and whether someone went through a red light or stop sign. At this point, most of the fault is assigned to one driver.

Put Together Your Own Evidence

At the scene, take as many photos as you can of the damage and the setting:

Along with your own information, see if you can obtain footage from other sources. Even if a traffic camera wasn’t placed right at the intersection, many commercial buildings have their own security cameras. While the tape might only offer insight into part of the incident, it could further support your case.

Other drivers or those inside adjacent buildings might have heard or seen part of your crash. Not always willing to come forward, these bystanders may place a 911 call to report an accident.

To see if this was the case in your incident, you can make a public records request for all calls placed on that date and time. If someone did call in, the police may provide you with a phone number. From there, you can reach out to the witness for testimony or a written statement.

Question the Other Driver’s Credibility

Are there inconsistencies in the other driver’s statement, or does he or she have a bad driving history? If the other driver seems unreliable as your claim unfolds or solely focused on a settlement, you can try to poke holes in his or her version of events.

Are you attempting to resolve a car accident claim, but no party wants to cooperate? Get the assistance you need from Trantolo & Tratolo’s team of lawyers. To learn more about what we can do, give us a call today.

Please Share This
Read Previous Article:
« 4 Secrets the Insurance Companies Don’t Want You to Know
Read Next Article:
How Slip and Fall Injuries Differ for the Elderly »