A $480,000 settlement has been reached in a 2016 lawsuit, following a car accident that resulted in serious injury. The plaintiff, Scott Mumley of South Windsor, CT was represented by Attorney Ron Etemi of Trantolo & Trantolo’s Waterbury office. 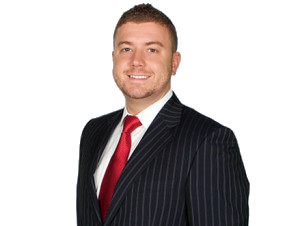 In May 2015, Mumley was traveling for work when Carmela Cruz rear-ended his vehicle in Newington, causing a four-car collision. After his Ford Fusion was rear-ended, Mumley suffered serious neck and back injuries.

Cruz was cited for following too closely and Mumley brought a case against his insurance carrier, Valley Forge, to Hartford Superior Court in November 2016.

Mumley had an underinsured motorist policy for $1 million. Attorney Etemi included a workers’ compensation component in the litigation, since Mumley was on the job when his vehicle was struck. After undergoing neck and back surgery, Mumley was out of work for several weeks and also sought compensation for medical expenses and lost wages.

After long negotiations, $480,000 was their offer. It was a great result given the policy limit reduction and the collateral source reductions.

Mumley previously received $20,000 from Cruz’s insurance company and $174,000 from his employer. Attorney Etemi told the Connecticut Law Tribune that his client “has some limitations to his neck and back, but overall, has made a great recovery.”