Trial Attorney Albert Carocci, with assistance from Paralegals Louise Massaro and Elisa Barra, recently secured a $300,000 settlement for a West Haven woman who was thrown from a motorcycle. The settlement was reached without filing a lawsuit, as both insurance carriers agreed to pay out. 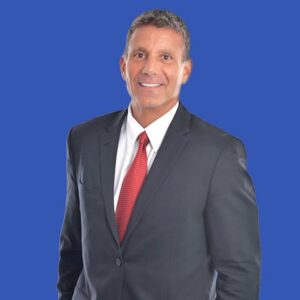 In September 2018, Alda Bergeron was traveling as a passenger on a motorcycle with her boyfriend, Samuel Seeley, when another motorist made a left turn in front of the bike. Seeley swerved to get out of the way and lost control of the motorcycle. Bergeron was thrown from the bike and suffered a fractured hip and clavicle, broken ribs and serious facial lacerations.

“Her peripheral vision is impaired, as her eyelid does not open fully anymore,” Carocci said.

Following the accident, Bergeron spent five days in the hospital and had no recollection of the crash. The resulting medical expenses, including physical rehabilitation, were about $65,000.

Attorney Carocci pursued a total of $300,000 from both insurance carriers, Safeco Insurance and Patrons Mutual Insurance of Connecticut. Seeley’s carrier, Safeco, agreed to pay $100,000, while Bergeron’s own policy for the underinsured paid $200,000.

“My client is happy there has been a resolution,” Carocci said. “Whenever you have a case involving a boyfriend and girlfriend, there are relationship issues you have to contend with. They can be tricky.”

At Trantolo & Trantolo, our trial attorneys have an impressive record of results. Read more settlements and verdicts here.