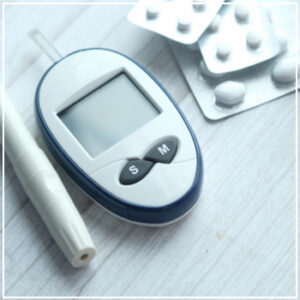 According to the U.S. Environmental Protection Agency, NDMA is a probable human carcinogen and a known animal carcinogen. The EPA has assigned a B2 classification, based on the amount of animal data available and additional research needed for human populations.

Studies have shown that higher quantities of NDMA can cause rats and mice to develop tumors along their respiratory tract, blood vessels and in the liver.

Used to make rocket fuel, NDMA is a naturally occurring, semi-volatile organic substance that can be found in trace amounts in meat, dairy and vegetables. Based on conditions and processing, the chemical may form in medications due to how the body’s digestive system works.

About the Metformin Recall

In November, the FDA put out an alert about Nostrum Laboratories’ voluntary recall. After testing indicated higher-than-acceptable levels of NDMA, the company made the decision to recall two lots of Metformin HCl Extended Release Tablets, USP 750 mg.

The FDA recommended that patients taking this version of Metformin to manage type 2 diabetes should speak with their healthcare provider about an alternative and report any health problems that may have started upon its use.

To date, Nostrum claims it has not received any adverse event reports concerning the medication.

Not the First Recall

The FDA started testing Metformin for NDMA levels in December 2019, following reports of the substance in samples of Metformin abroad. Due to the presence of this probable carcinogen, Metformin was recalled in Singapore. Other countries found the percentage of NDMA was not large enough to warrant this action and the FDA echoed these findings by keeping the product on shelves.

By May, the FDA’s testing found above average levels of NDMA in extended release formulas of Metformin. As a result, generic manufacturers, including Apotex, Amneal, Lupin, Marksans and Teva, started recalling their extended-release products.

Over the past two years, antacid medications containing ranitidine have been recalled, with Zantac being the most prominent example. Valsartan, prescribed for treating high blood pressure, was also pulled from shelves. The chemical structure of ranitidine may break down when exposed to high heat in storage or when reacting with the stomach’s gastric fluid and sodium nitrates.

Studies have shown that in an environment simulating the stomach’s natural digestive process, one tablet of ranitidine can generate up to 304,500ng of NDMA. Beyond medication, these occurrences result in NDMA-contaminated drinking water and consuming small amounts of the chemical through food. For humans, regular exposure to high levels of NDMA may contribute to:

Patients have a right to make informed decisions about their healthcare, including which drugs they take based on the potential side effects. If you have taken any of the recalled versions of Metformin, only to develop cancer or another life-threatening condition as a result, bring your claim to Trantolo & Trantolo’s dangerous drug lawyers. To learn more, contact us today.