Robert Smith, Jr. woke that July morning and just knew his dad would be hitting the road in Bristol for an early afternoon ride. The weather was perfect, a little cloudy and cool. He knew his dad would have a great time and he was looking forward to hearing from him. He did not realize then, that he had already spoken to his father for the last time.

His dad, Raymond Smith, Sr. loved his antique Harley and enjoyed riding with friends, showing off his 1984 Harley Low-Rider. Tragedy would strike as he took his last ride, that day. Raymond Smith, Sr. was 49 years old when he died. His son and the rest of his family needed justice. They turned to Trantolo & Trantolo, because of our reputation for winning within the CT motorcycle community. They would not regret this decision. 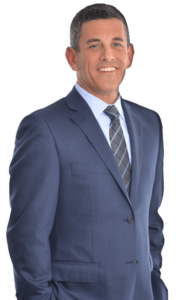 A left-turning garbage truck, owned by Plainville-based CWPM and driven by Robert Choinski, struck his motorcycle. The dash cam footage from the garbage truck showed Choinski was not paying attention to the road at the time of the accident.

“The dash cam gave us insight into what was going on physically inside the cab of the truck as to the defendant’s operations of the truck. He just was not looking where he should have been,” Attorney Keith Trantolo said. “Smith is going the speed limit and the defendant took a left and there was no opportunity for the motorcyclist to take any defensive maneuver to avoid the collision. The garbage truck’s dash cam video recorded the driver’s actions and the oncoming motorcycle in the seconds before impact,” Trantolo said.

Choinski, 34, pleaded guilty to negligent homicide with a commercial vehicle. He received a six-month suspended prison sentence, followed by 18 months’ probation and had his license suspended for 30 days.

Attorney Keith Trantolo said his biggest challenge in the case was “trying to determine what a human life is worth and having the insurance company, who will argue over it, sign off on it. The defense told my client ‘it’s either $3 million or try it in court’,” said Keith Trantolo.

Attorney Trantolo looked forward to winning this case for a great deal more than that, but “my client accepted it, as he did not want to go through the grueling trial process.”

Trantolo was assisted by colleagues Mark Kochanowicz and Ron Etemi, and said he had been “looking forward to trying the case with Mark and Ron, but I am very happy for the family and for Ray Smith Jr. that they are happy.”

Raymond Smith, Jr. posted his reaction to our work by giving our firm a 5 Star Review on Google:

From day one, Mark, Ron, and Keith showed incredible dedication to the case in which I had brought the firm. They worked long past office hours to ensure the case was settled with beyond expected results. The respect that the law firm showed myself along with my family was incredibly professional and made a very difficult situation a little easier to bare. I would highly recommend Trantolo & Trantolo to anyone with a case either large or small. I would certainly return in the future for any legal needs.

We live our Mission Statement: “We are Trial attorneys, compassionate with those who seek our help and relentless against those who would seek to harm them.”