What Should You Know About CBD Lawsuits?

Over the past few years, the number of CBD products on the market has exploded. Short for cannabidiol, some CBD creams, cosmetics and food products tout relaxation and pain relief, while others promise treatment for certain medical conditions. Especially regarding medical claims, the FDA began taking action against CBD companies at the end of 2019 and have ramped up their efforts in 2020. 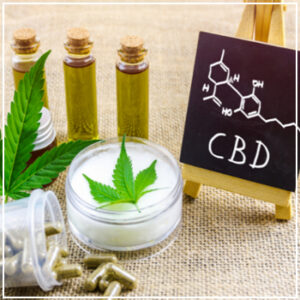 Although CBD is derived from a cannabis strain called hemp, it’s not to be confused with marijuana. Cannabis is part of the Cannabaceae family, which contains over 80 chemical compounds.

Among them is delta-9-tetrahydrocannabinol (THC), the substance responsible for the “high” marijuana provides, while cannabidiol (CBD) is another compound.

Although derived from the same plant family, most states still consider THC an illegal Substance I. However, CBD is not a controlled substance.

The source of CDB, hemp plants also have THC levels but they’re significantly lower than marijuana. A marijuana plant has THC levels around 30 percent, while hemp’s are 0.3 percent or less.

As such, CBD products have a negligible amount of THC but not enough to be considered illegal in most states.

In November 2019, the FDA sent out warning letters to 15 companies manufacturing CBD products, stating they violated the Food, Drug and Cosmetics (FD&C) Act.

At the same time, the FDA released a safety communication warning about the inclusion of CBD in food: Because minimal scientific information exists, the FDA cannot claim CBD is “generally recognized as safe” (GRAS) for consumption by humans and animals.

Earlier in 2019, the FDA also issued a series of letters to manufacturers of CBD products who made claims that CBD could reduce, treat or cure diseases like cancer, or were marketing their products as food or dietary supplements.

All these actions violated the FD&C Act, which states that, if a product is advertised as a treatment or therapy for a disease, it qualifies as a drug.

In March 2020, the FDA followed up these warnings and letters with additional clarification. Specifically, the FDA has only approved one CBD product for medical use to date: Epidiolex, an anti-seizure medication designed to treat rare forms of epilepsy.

Furthermore, the FDA has stated that, unless they’ve approved the product for medical use, marketing CBD as a dietary supplement or infusing foods is illegal. Such products are not regulated by the FDA, so any asserted health claims have no scientific grounding, nor have proper dosages, side effects and medication interactions been established.

Beyond these statements, the FDA explained they have started reviewing CBD products to determine specific risks, identify safety concerns and determine which items could pose a threat to public health.

The FDA’s warnings highlighted a few risks of taking CBD products orally, including:

The FDA further emphasized that, due to the claims many CBD product manufacturers make, consumers risk getting proper medical care, which could lead to a delayed or incorrect diagnosis.

As a third factor, the FDA noted that such products often advertise higher CBD percentages than they contain or have other harmful compounds not included on the label.

Since the FDA released its warnings in 2019, consumers have come forth to file class action lawsuits against a handful of brands. Claims against Charlotte’s Web Infinite Products Co. and CV Sciences allege the companies advertised their products as dietary supplements, which not only violates the FD&C Act but also California’s consumer protection and false advertising laws. The plaintiffs further allege misleading claims were made about CBD’s effectiveness and not all ingredients were listed.

Independent laboratory testing also indicated that brands’ products contained significantly lower CBD than the labels listed. For a Charlotte’s Web product, the label had 750mg of hemp extract listed; the actual amount varied between 177 and 350mg.

In spite of the FDA’s efforts, these cases are not proving to be clear-cut. Since being served with lawsuits, manufacturers have claimed their products comply with the 2018 Farm Bill, legislation stating that CBD products are legal as long as they contain 0.3-percent THC or less and that hemp is not a controlled substance. Also, because states have their own marijuana and CBD legislation, their products comply with state laws.

However, the FDA has authority to regulate hemp and hemp-derived products and currently requires all CBD-based foods and dietary substances to be approved before they’re placed on shelves. Due to this factor, nearly all CBD foods and dietary supplements violate the FD&C Act’s terms.

Additionally, CBD companies notified by the FDA have since claimed their warnings do not have the same legal weight as the 2018 Farm Bill and state laws. As their products are not marketed directly as drugs, they also allege they have not violated the FD&C Act.

If you had a bad reaction to a CBD product due to incorrectly listed ingredients, you may have a product liability claim against a manufacturer. To bring your claim to our attention, contact one of our Connecticut offices today.