Most Dangerous Roads for Motorcycles in CT

Did you know that Connecticut is one of the top 10 most dangerous states for riding a motorcycle? Here, statistics show that 72 to 76 percent of all motorcycle crashes result in fatalities. When a driver is drunk, this statistic increases even more.

Of all the places motorcyclists can travel across our state, certain spots are more dangerous than others. According to the Hartford Courant, these are: 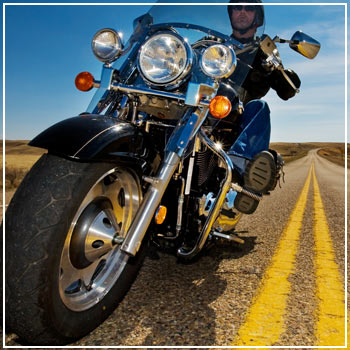 Also known as Route 6, a total of 24 motorcycle accidents occurred on Farmington Avenue from 2010 to 2013. This statistic amounts to 4.4 accidents per mile – the highest of any town in Connecticut. Compared to others, this street is a dense commercial area with several strip malls, stop lights, bike shops and up to 25,000 vehicles passing through per day. The activity level within this area of high traffic puts motorists in contact with many more bikers than normal.

Along with these factors, Route 6 has several left-turn intersections and multiple “tributary” roads stemming off. When drivers fail to give bikers the right-of-way, serious accidents can result. In fact, just nine percent of incidents on this road involved a motorcyclist’s failure to yield.

These rural roads have many of the same issues as Route 6. The Bristol routes experienced 46 fatal accidents from 2010 to 2013. In total, these three roads had 5.21 accidents per square mile, which significantly increases Bristol’s rate.

The Courant also found that Hartford’s interstate highways saw 42 accidents involving motorcycles over this same time period. Those who are familiar with the area can attest that multiple highways intersect and branch off in the downtown area.

New Haven’s major routes saw 16 motorcycle accidents resulting in injuries or fatalities from 2010 to 2013 as the result of many of the same issues Hartford faces.

In addition to these dangerous areas, accidents between motorcycles and drivers may occur when one individual loses control or follows too closely. Yet, in all instances, motorcyclists are significantly more vulnerable than other motorists. As a result, accidents are more likely to be fatal.

Have you been in an accident on a route in Connecticut? Trantolo & Trantolo’s team of experienced, many of whom ride, is prepared to take on your case. If you believe you have a claim, contact us today.

Please Share This
Read Previous Article:
« Should You Ride a Motorcycle in the Rain?
Read Next Article:
Should You Work When Applying for SSD? »