The Worst Driving Conditions for Motorcycles

The road’s physical conditions – caused by weather or poor property maintenance – may turn into a trap for motorcycle riders.

Because of the two-wheeled design and lack of enclosure, motorcycles keep riders vulnerable, which, in turn, makes injuries resulting from slippery roads and uneven pavement significantly worse. As the risks are considerable, riders must be alert and know how to react to the following: 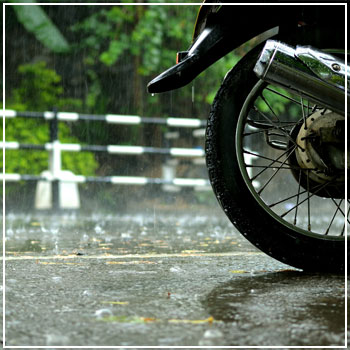 When more drivers populate the roads, you have to deal with more individuals not expecting to see a biker coming from behind or around a turn. With commercial strips, the hazards increase, as drivers need to turn into traffic. In Connecticut, this scene is particularly apparent in the Bristol stretch of Route 6. The Hartford Courant reported that this strip saw 24 injury accidents over three years.

For motorcycle riders, it’s easy to lose control when you’re surprised by a bumpy surface. This could be a result of:

At points, a road’s surface may intentionally be uneven, which then becomes difficult for a rider to navigate. You could experience:

Whether you’re going out on the road after a storm or want to brave it through the rain, both conditions create wet, slick roads. These are far more dangerous for bikes than they are for cars and trucks, and the slippery surface not only increases the chances you’ll hydroplane but further turns ordinary facets of the road into hazards:

As a basic rule, it’s never a good idea to ride when it’s too cold, after a rainstorm, when visibility is poor, or through ice and snow. Yet, even the most careful drivers may find themselves injured at some point. If you’ve decided to pursue a claim and need legal assistance, turn to Trantolo & Trantolo. Our team not only has experience in motorcycle law, but many members in our Connecticut offices ride, too. For more information, give us a call today.