Side Effects of Long-term Proton Pump Inhibitor (PPI) Use

Doctors may steer patients toward proton pump inhibitors (PPIs) to treat a range of gastrointestinal issues, from gastroesophageal reflux disease (GERD) to stomach ulcers. Short term, these prescriptions and over-the-counter medications cut down on stomach acid production, which provides relief and allows any ulcers to heal. As such, because 30 percent of the U.S. population suffers from these gastrointestinal disorders, PPIs have brought in over $10 billion in sales per year.

Based on FDA warnings and multiple studies, researchers have started questioning whether long-term PPI use is safe. To date, complaints sent to the FDA have pointed out a correlation between chronic, long-term use and a higher incidence of fractures, pneumonia, C. difficile diarrhea, vitamin deficiencies, kidney disease and dementia. 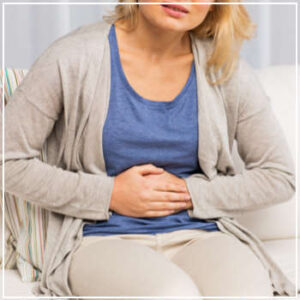 One Mayo Clinic study found that PPIs may reduce vitamin absorption, creating a deficiency. Particularly, the lack of acid production affects how the stomach absorbs magnesium and releases B12 from dietary proteins.

The same pattern may also affect how the body absorbs calcium, decreasing the amount as much as 41 percent. Long term, lower calcium levels impact bone mineral density, which increases a patient’s risks for fractures, especially in the hip, wrist and spine. Because of these factors, patients taking high doses or recommended long-term therapy are advised to get bone mineral density screenings.

For some patients, the acid reflux may eventually come back stronger. Known as Hypergastrinemia, this condition occurs when a patient stops PPI therapy and the GERD symptoms not only return but become worse. The condition may also enlarge the parietal cells and cause the enterochromaffin-like cells to experience hyperplasia. According to the Mayo Clinic study, this occurrence may be responsible for future gastric cancer.

PPIs may increase a patient’s risk for community-acquired pneumonia through one of two methods. One, the drugs’ acid reduction causes the stomach’s pH to go up, which results in non-Helicobacter pylori bacteria quickly multiplying and spreading to the lungs. At the same time, because the drug may impact all of the body’s cells, it may decrease your immune response to some degree. Two, a 2007 Danish study found that patients using a PPI saw their pneumonia risks increase 50 percent compared to those using an H2 blocker.

A higher gastric pH may further lead to a life-threatening case of diarrhea. Because stomach acid acts as a defense mechanism against pathogens in the stomach and digestive tract, having it greatly lowered essentially opens up the door to Clostridium difficile, colitis and other “supergerm” virus strains. At the same time, delayed gastric emptying results in greater exposure to the bacteria. Because of this, more doctors have been steering the elderly and hospitalized patients away from PPIs.

A 2008 study published in the American Journal of Gastroenterology found that patients with C. difficile were three times as likely to be taking a PPI than patients without this infection.

A rare but concerning side effect, patients taking a PPI may develop drug-induced lupus erythematosus (DILE) in a week to four years after starting the medication. At this point, the body starts to develop lesions on sun-exposed areas, including the neck, back and shoulders, and the condition only starts to resolve once the patient discontinues the PPI.

Published in February 2016, one study found that patients taking a PPI long term have a greater chance of developing chronic kidney disease, compared to those using an H2 blocker. After examining more than 250,000 subjects, researchers found that a patient’s kidney disease risk increased by 50 percent while on the drug. Specifically, patients using a PPI for more than 10 years had a 12-percent chance of developing the condition, while those not using these drugs had an 8.5-percent chance.

Similarly, research has found that patients using PPIs have a greater chance of developing dementia. Particularly, one seven-year study found that the group taking PPIs saw a 13-percent greater risk. For those not using these drugs, the risk fell to eight percent.

Published in 2014, a Danish study revealed that, out of a sample of patients diagnosed with Barrett’s esophagus, those who were taking a PPI had a greater chance of getting cancer. Particularly, individuals who took their pills faithfully and according to prescription had the highest risk.

Along with all conditions listed above, patients taking a PPI have higher early death risks. According to a study the Washington University School of Medicine in St. Louis, patients taking a PPI instead of an H2 blocker for one to two years have a 50-percent higher risk of death over the next five years. For this study, researchers examined 275,000 users taking PPIs and 75,000 using an H2 blocker from records in the U.S. Department of Veterans Affairs database.

Initially, both groups of patients have similar risks. But as patients continue with PPI treatment, those figures start to diverge greatly.

In considering GERD treatment, researchers at the University of Colorado recently stated that surgery may be a better alternative for the 10 to 40 percent of patients who get no relief from PPIs. Yet, for the millions who have taken this class of drugs since 1989, side effects associated with long-term use present even more complications. If you’ve been prescribed a PPI like Nexium or Prilosec and you experienced any combination of the above symptoms, you may have a claim against the drug’s manufacturer.